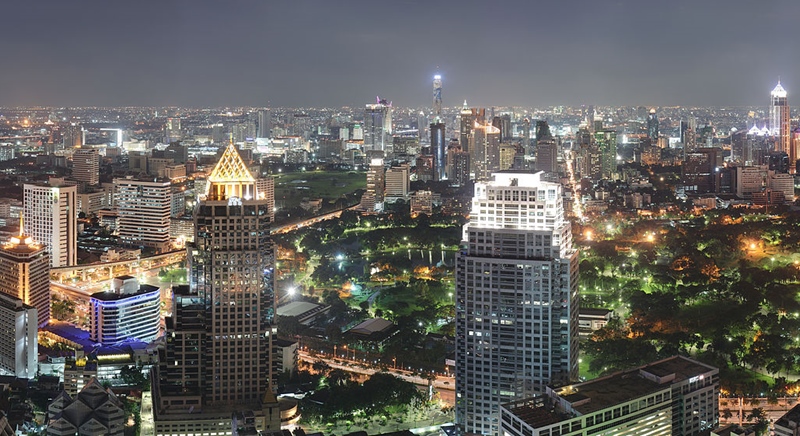 The Thai government’s Public Relations Department upgraded to DVB/T2 and SFN digital broadcasting with a combined satellite transmission to the home and to transmitters.

It was the responsibility of the Public Relations Department (PRD) of the government of Thailand to upgrade the network from analog to digital terrestrial broadcasting in time for the launch of the new stations.

PRD decided to move straight to DVB-T2 and SFN (single frequency networking), skipping DVB-T. As part of the migration process, PRD also planned to replace the microwave transport to its transmitter sites with satellite technology.

PRD needed a solution that could build on its direct-to-the-home (DTH) satellite broadcasting service to feed its 168 Digital Terrestrial Television (DTT) transmitter sites. The solution needed to be backed up by an IP distribution network.

Nevion impressed PRD with its strong track record in DVB-T2 – with equipment involved in most deployments worldwide. This expertise, combined with the long-standing relationship with Strong Brothers, provided PRD with the reassurance that the project could be delivered on-time and according to the requirements.

Subsequently, Nevion leveraged this know-how to make substantial contributions to the specification of the DVB SIS (Single Illumination System) standard as part of the DVB TM-T JSI working group. DVB-SIS was published by ETSI as TS 103 615 V1.1.1 in 2018, and describes the same type of technology as used in the PRD project.

Nevion and its partner Strong Brothers delivered a solution that enables the transmission of programming both to the homes and to the transmitters. 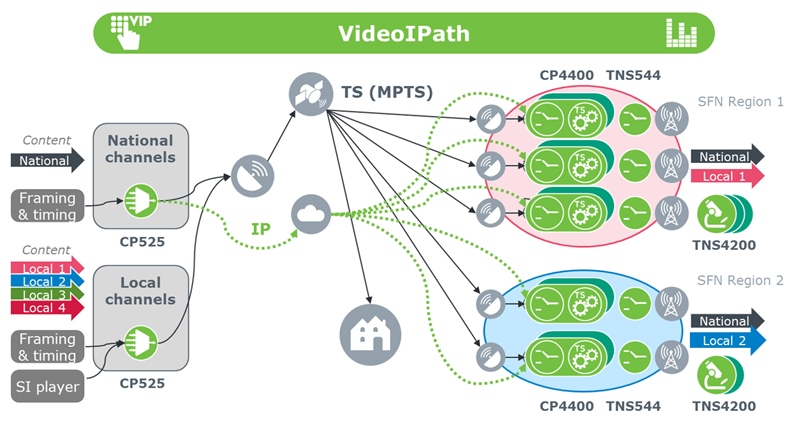 At the headend, Nevion’s CP525 multiplexers adds SFN time-markers to the national and regional feeds which are then distributed over satellite. The feeds are scrambled using BISS. The CP525 also creates a backup transport stream for national streams, that is transported to the transmission sites over IP. 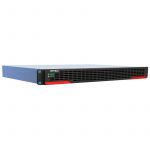 At the transmitter sites, Nevion Virtuoso CP4400s seamless TS Switch automatically pick the best of the two feeds (S2 or IP) for the national multiplex.

The Nevion Virtuoso CP4400 are in a 1+1 protection set-up. TNS544 SFN Seamless Switches are used to ensure that, should the main unit fail, the change-over to the back-up is smooth and transmission is uninterrupted.

The T2 signal itself is monitored by Virtuoso TNS4200 Media Monitoring Probes.

Nevion’s VideoIPath software provides the complete end-to-end monitoring of both Nevion and third-party equipment, at the headend and the transmission sites. VideoIPath is also used for the maintenance of the set-up, such as remote software upgrades and configuration backups.

The solution was delivered on time, with the trial system being launched in 2014, and the solution going live in 2015.

The single illumination brings major savings by enabling one feed to serve a dual purpose – reaching both homes and transmitters.