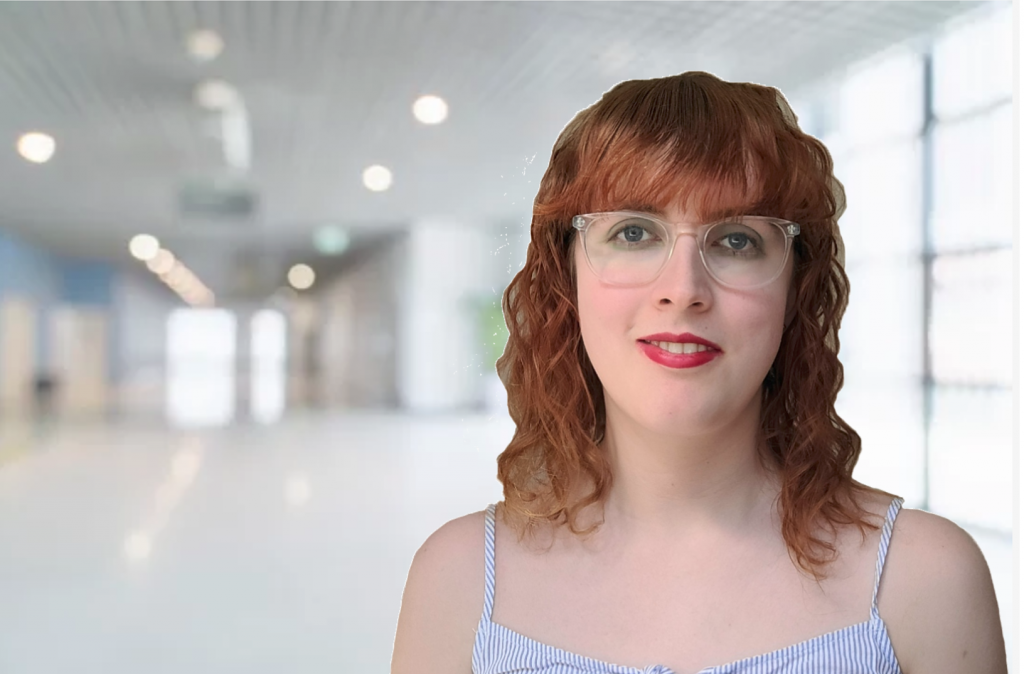 Meet Alison Selby, Front-end Programmer at Nevion, based in Norway.

Welcome to our newest series of Q&A with the Architects! At Nevion, we’re proud of our people and we have built up a great global team of professionals, with knowledge and expertise in broadcasting, telecoms, IT, hardware, software, baseband and IP network technology.

In this new series, we wanted to give you the chance to get to know some of our Architects personally.

What attracted you to join Nevion as part of your career journey?

I’ve always had a fascination with media since I was child and was involved in video directing when I was at university. When looking for a new challenge, I found out that Nevion was involved in virtualization, which was particularly appealing to me. I joined the team in August 2020 and I’m currently a Front-end Programmer at Nevion, working on our flagship product, VideoIPath. Despite joining the company in the middle of the global pandemic, I was lucky enough to be able to go into the office and meet some of my new colleagues at the time due to the loosening of Covid-19 restrictions at that point.

How has your role progressed whilst you’ve been at Nevion?

I’ve not been with the Nevion team for long, but I’ve already found that some of my colleagues approach me for help with Windows-based projects, so it’s great that I can give guidance. In the future, there’s definitely potential for me to grow my role if I’d like, such as working in the team that handles the back-end processes. It’s a little more challenging to learn but it’s certainly an option for career development later on down the line, which is great to have.

How would you describe your role at Nevion?

I feel very trusted by Nevion to work independently and to the best of my abilities, which is a great feeling. The organization is also small enough that I’ve managed to meet most people, even at board level, which has been great for my development. There’s a close-knit feel at the business, and I have a strong connection to my colleagues.

What interested you about working in the broadcast industry?

Can you tell us about a project you have worked on during your time at Nevion that you are most proud of?

Before I joined Nevion, most of the front-end work was done on MacBooks with Windows users taking a lengthy workaround to allow them to develop. I had the opportunity to remove this barrier to development when I started at Nevion which allowed my colleagues to work on both Mac and Windows. This was particularly helpful to members of the back-end team who primarily use Windows and could not easily run the VideoIPath user interface from their machines. It was a proud moment for me to make such an impact early on, and shows just how much Nevion listens to everyone, regardless of their level or job title.

What is your favorite thing about working for Nevion?

I think the size of the team means that no one is lost down the corporate ladder and everyone has a voice. If I have an issue, I always know who to talk to, and my manager is as much my colleague as he is my superior. He isn’t averse to working alongside our team closely which is highly beneficial to everyone on the team. Ultimately, it’s a great mid-size company that prioritizes its people.

What new innovation excites you the most in the broadcasting world?

While my role is slightly removed from innovations around broadcasting, I think it’s exciting that the potential for 8K and 16K quality transmissions are on the horizon, so the role of video compression algorithms is going to be crucial in the coming years. Working for such an innovative company means it’s impossible not to have some of the enthusiasm for new developments rub off on you!

Meet Łukasz Safian, Test Engineer at Nevion, based in Poland.

This is a special edition of ‘A Q&A with the Architects’ as we celebrate Nevion’s 25th anniversary and the latest appointment of Thomas Heinzer as our CEO. Before we cut the cake and pop the champagne, we asked Thomas to share some insights into his career journey and highlights at Nevion.

Meet Joanna Ratajczak , Director of Quality and Compliance at…