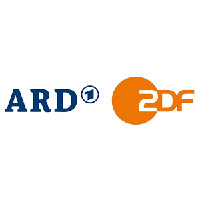 Nevion, a leader in transporting media from the camera to the home, today announced that that ARD and ZDF, the German public broadcasters, used Nevion’s new NX4600 media gateways to transport their HD live contribution feeds from the 2015 FIS Alpine World Ski Championships in Beaver Creek (USA) to Germany. This is the first of many live sports events for which ARD and ZDF intend to use the NX4600 gateways.

ARD and ZDF selected Nevion’s NX4600 after extensive testing. Besides an impressive and intuitive user interface with built-in monitoring, one of the most important technical factors in their decision was the outstanding picture quality relative to the bandwidth usage, which ensures an optimum quality of experience for viewers. Other important technical considerations were high density, flexibility and built-in network aggregation, keeping network costs down for ARD and ZDF. The NX4600 supports up to four H.264/AVC or MPEG-2 codec modules, each of which can be used either as an encoder or a decoder.

The technical benefits were complemented by the excellent relationship ARD and ZDF have built with Nevion’s German partner LogicMedia over nearly two decades, during which ARD and ZDF have selected, and successfully, deployed a number of Nevion solutions.

“The NX4600 was introduced to the market at IBC 2014 and has already shown an enormous uptake in the very competitive H.264 codec market”, says Thomas Heinzer, head of strategic projects at Nevion. “We are obviously delighted that ARD and ZDF chose this product for such a high-profile sports event, as it represents a real endorsement of the quality of our solution. It’s also a testament to the outstanding support that our partner LogicMedia provides to its customers”

Nevion was recently awarded a Technical and Engineering Emmy® award for its role in the standardization and productization of JPEG 2000 (J2K) interoperability. The company will showcase its latest network and broadcast infrastructure solutions on stand SU2615 at NAB 2015 in Las Vegas.