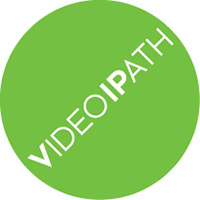 Nevion, a leader in transporting media from the camera to the home, today announced that its media service management VideoIPath now supports OpenFlow, the industry standard protocol supported by the majority of networking vendors to enable Software Defined Networking (SDN). This technology provides the means to control networks more effectively in order to achieve the defined and predictable reliability and performance required of the media networks that are used, for example, by broadcasters to carry live video feeds. Nevion will demonstrate VideoIPath’s support for SDN on booth SU2615 at NAB 2015 in Las Vegas.

OpenFlow is a standardized technology that telecom service providers are beginning to deploy as part of their own SDN strategy. It takes the routing decision, or control logic, out of the network and hands it over to software controllers with enough processing power to pick the optimum routing for the required service.

Now, with the help of VideoIPath, this technology can be also used for media networks and, in particular, in broadcast studios and campuses, where deterministic routing is a key requirement as the infrastructure transitions to IP. This enables the deployment of a consistent network architecture across facilities and beyond – including media networks provided by telecom service providers to link geographically distant locations.

“For broadcasters, there are huge benefits to leveraging the capabilities and favorable price points of the much larger IT industries by adopting IP-related standards,” said Johnny Dolvik, Chief Product and Development Officer at Nevion. “That’s why Nevion has always taken a standards-based approach to developing solutions. Choosing to support OpenFlow rather than developing a proprietary SDN-like solution is consistent with that philosophy.”

VideoIPath media management solution hides the complexity of the underlying network from users, making it easy to manage, e.g. setting up connections or monitoring services. It also enables broadcasters to move smoothly and incrementally from baseband technology such as SDI to IP without disrupting their workflows.

VideoIPath has been deployed by leading broadcasters and telecom service providers serving the broadcasting industry, like France Télévisions (France) and BT Media and Broadcast (UK).