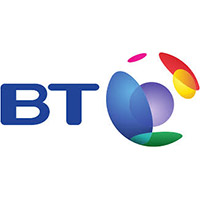 Nevion, a leader in transporting media from the camera to the home, today announced that BT Media & Broadcast used Nevion’s media gateways and monitoring probes to deliver to Star Sports India live 4K UHD coverage of the ICC Cricket World Cup that took place in Australia from February 15th to March 29th, 2015.

BT Media & Broadcast was chosen by Star Sports India to provide the complete 4K UHD production and transmission solution to their Direct to Home (DTH) playout affiliates in India for the first ever broadcast of live cricket in 4K UHD in the world. Cricket is a hugely popular sport, with a billion viewers estimated to have tuned-in worldwide when India played Pakistan in Adelaide on 15 February 2015, according to CNN.

“This is a very high profile project, with many eyes watching”, says Jonathan Wing, Global Sales Director at BT Media & Broadcast. “We have been working with Nevion for many years so we knew we could trust the technology to deliver this world first.”

“Many people talk about live 4K UHD coverage, but few are actually doing it”, says Nick Pywell, VP sales UK and MEA at Nevion. “This project shows that, with the right equipment and know-how, it is possible to take live sports events filmed in 4K UHD on one continent and transport them over IP to passionate fans on another continent, while monitoring the signals from even further away on a completely different continent!”

BT Media & Broadcast and Nevion will be speaking at NAB 2015 in Las Vegas, addressing “IP’s Next Leap – The Modern IP Contribution Network”, in the Broadcast IT Infrastructure session, Tuesday, April 14, 2015, 9 am.

BT is one of the world’s leading providers of communications services and solutions, serving customers in more than 170 countries. Its principal activities include the provision of networked IT services globally; local, national and international telecommunications services to its customers for use at home, at work and on the move; broadband, TV and internet products and services; and converged fixed/mobile products and services. BT consists principally of five lines of business: BT Global Services, BT Business, BT Consumer, BT Wholesale and Openreach.

British Telecommunications plc (BT) is a wholly-owned subsidiary of BT Group plc and encompasses virtually all businesses and assets of the BT Group. BT Group plc is listed on stock exchanges in London and New York.