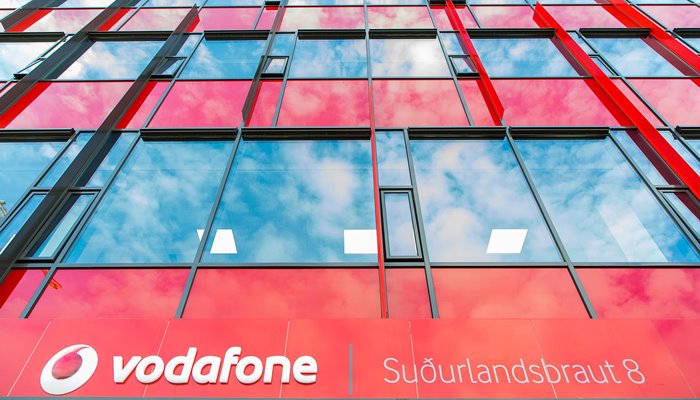 Oslo, Norway, 07 March 2019 – Nevion, award-winning provider of virtualized media production solutions, today announced that Sýn, the Icelandic company formed by merger of Vodafone Iceland and the 365 broadcast media, has deployed an IP solution from Nevion for their new facilities in the country’s capital, Reykjavik.  The project, delivered in collaboration with local system integrator Exton ehf, went live on 8th February 2019.

Sýn wanted to consolidate its telecom and broadcast premises for cost-efficiency and work-effectiveness reasons. This required broadcast production to move to new premises. Rather than transfer the existing SDI production network infrastructure, Sýn opted for a new IP media network that would provide greater flexibility, future-proofing, scalability and cost-effectiveness over time. The production equipment, including cameras, video and audio mixers, would remain unchanged, i.e SDI-based.

The new IP facilities needed to go live in a very short period of time, so Sýn turned to Nevion and Exton to deliver the project.

Árni Finnson, director of Sýn’s broadcast tech department, said: “For us, this was a critical project, that needed to be delivered on time. We had to leave our old quarters a lot sooner than originally planned, and of course we could not go off air! We could have taken the safe route and built an SDI infrastructure, but we knew that was not a good investment in the long term. We picked Nevion and Exton because they reassured us that our requirements could be met, and indeed, they delivered on time!”

Kristján Magnússon co-founder and project manager for Exton explained: “It’s been a pleasure and a privilege to deliver this project together with Nevion. At a time when many broadcasters are still hesitant to move to IP, this project demonstrates that the technology works and, with the right partners, can be delivered in short time-frames.”

At the core of the solution delivered in the new facilities is an IP network built around Nevion’s COTS (commercial off the shelf) eMerge IP switches. Nevion’s software defined media nodes, Virtuosos, provide the gateways between the SDI equipment and the IP media network, as well as video and audio processing, and 4K TICO encoding.

For the sports and media production, in which many pieces of SDI equipment are used, Nevion’s compact hybrid SDI routers, Sublime X2, are used to enable easy routing between the equipment, without the need to convert to and from IP.

Sýn also has some equipment remaining in other locations – the satellite reception site, as well as in the DVB and IPTV headend site. These two sites are connected via fiber, with Nevion Flashlink equipment enabling the transport of the IP packets.

The orchestration and control of the whole network, including the IP and SDI routers, is handled by Nevion’s VideoIPath. The broadcast control, i.e. the user-interface for the production team, is Nevion’s Multicon.

Hans Hasselbach, Chief Commercial Officer, Nevion, concluded: “IP media networks have now reached a level of maturity that allows them to be delivered as quickly as SDI networks. In fact, given the cabling is so much simpler, with a few lightweight fibers being used instead of the multitude of bulky SDI cables, IP media networks can even be delivered faster in greenfield sites like Sýn’s facilities. Of course, this does require the supplier and the delivery team to have the right expertise and experience – which Nevion and Exton have. We are of course very pleased with the result.”

In addition to products and delivery services, Sýn selected maintenance for the Virtuoso and VideoIPath, which enables them to benefit from software upgrades, and picked a service level agreement (SLA) that includes 24/7 support for maximum peace of mind.

Sýn is the name of the company formed after the merger of Vodafone Iceland and the former 365 broadcast media. Sýn believes in the importance of creativity and development. It wants to be leaders in making a future filled with smart telecom and media solutions through its broad range of powerful brands.

Exton is an Icelandic knowledge company specializing in media and events. It provides leasing of equipment (with or without personnel), and solution delivery. Exton has offices in Iceland, Denmark and Norway.