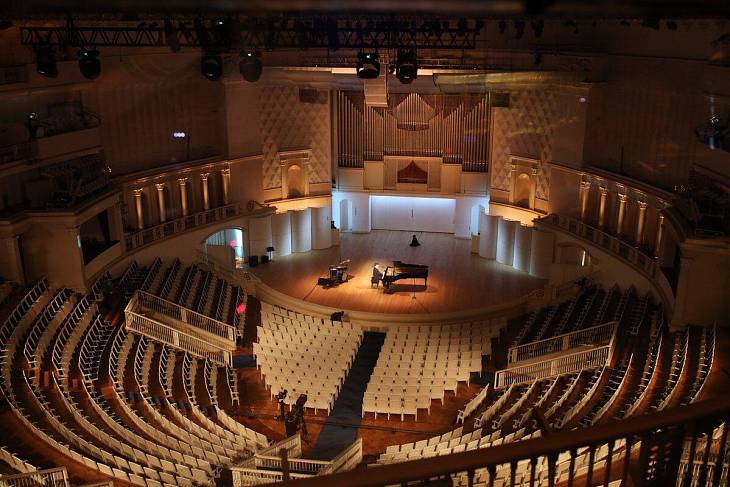 Oslo, Norway, 22 April 2020 – Nevion, award-winning provider of virtualized media production solutions, has announced its flagship Virtuoso software defined media node with TICO compression technology is allowing Synterra Media, the Russian provider of telecom services for TV production, broadcasting, and entertainment media businesses, to broadcast live events in Ultra HD (UHD/4K) as part of its Home Season project. The project is enabling Russia’s cultural community to continue to entertain audiences online despite its institutions being forced to close their doors to visitors to prevent the spread of COVID-19.

The Home Season online project was opened by classical pianist Denis Matsuev, whose performance of Tchaikovsky’s “The Seasons”, as well as of jazz compositions, was broadcast to more than 1.5 million viewers in Russia – 1,000 times the capacity of the Tchaikovsky Concert Hall in Moscow. Since then, the Moscow Philharmonic Society has been conducting live broadcasts of concerts to a virtual audience.

The project has marked the first use of Nevion Virtuoso with TICO compression technology in Russia, providing a 4:1 compression of UHD/4K signals for transport over IP networks with virtually no delay. Synterra already had Nevion Virtuosos with JPEG 2000 media functions, which it first used for the 2018 FIFA world cup. Moving to TICO simply required a software upgrade to a new media function, which could be done easily and rapidly – underlining the power of the virtualized functionality of Nevion’s flagship software-defined media node.

The first live concert, for which Synterra Media partnered with Match TV, was broadcast in UHD/4K on the Premier platform and on the Odnoklassniki social network, as well as in HD on the Moscow Philharmonic Society’s official website. Home Season is also being broadcast on online platforms Culture.RF, VKontakte, Yandex.Air, the international news channel RT, Publishing House Komsomolskaya Pravda, ClassicalMusicNews.ru and Medici.tv. Nevion Virtuoso was used alongside resources provided Russian video agency Ruptly, which allowed the live broadcast signal to be transmitted by both Russian and international media.

Valery Krylov, Director General, Synterra Media CJSC, commented: “During these difficult times, it was very important for our company to support this project. Nevion Virtuoso’s capabilities ensure no visual loss during compression and allows us to transmit HD and Ultra HD signals over IP networks with virtually no delay. We are very pleased that broadcasting concerts live online is resonating with viewers across the country and we intend to actively expand our partnerships with theaters and concert venues in different cities.”

Hans Hasselbach, Chief Commercial Officer, Nevion, added: “We are glad that our technology is enabling Synterra Media and the cultural community of Russia to provide virtual concerts and continue to entertain audiences. Despite the current circumstances worldwide, Nevion continues to be able to support our customers and partners, and deliver projects on schedule, thanks in particular to our early move into virtualization. For example, Nevion Virtuosos, which we have had no problems in supplying when needed by customers, can be upgraded, configured, managed and monitored remotely – which is ideal for customers at any time, but particularly during this challenging situation. We look forward to continuing to facilitate the Home Season project during the coming weeks and months.”

CJSC “Synterra Media” (synterramedia.ru) is a specialized telecom provider for TV production, broadcasting and entertainment media businesses. The company was founded in 2006 and is currently a member of MTT Group. Synterra’s primary activities include contribution, processing, storage and distribution of media streams (Medialogistics).