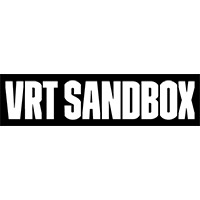 Nevion lends further technology and expertise to the LiveIP Project

Oslo, Norway, 25 January 2016 – Nevion, a leader in transporting media from the camera to the home, has assisted the LiveIP Project in broadcasting the first remote production of a live musical concert using IP and open standards throughout the production chain.

The LiveIP project is overseen by the European Broadcasting Union (EBU) and VRT, a Belgian broadcaster, and supported by several broadcast technology partners, including Nevion. It is the world’s first proof of concept of a complete multivendor live production chain that relies exclusively on IP.

This latest phase of the project demonstrates the capabilities and benefits of using IP in live broadcast, and the remote production of the concert was an extension of the LiveIP full IP local studio that was set up in August 2015. The concert venue in Bozar, Brussels, was connected to the LiveIP control room at VRT’s studios in the Belgian capital by a single, 10 km long fiber optic cable.

As well as the software defined network infrastructure which has been used in previous in-studio productions, Nevion supplied its Flashlink CWDM technology, which allowed all the optical bi-directional IP-streams to be modulated on one single 10 km long optical fiber cable. During the broadcast, approximately 25 Gbit/s of IP data were transported in each direction which was enough to connect 4 IP cameras, 10 microphones, intercom, control signals (VSM, camera control, tally and many more), camera return signals and even a visual intercom system with the LiveIP control room over at VRT.

“The data was transported with no delay in audio or video, demonstrating the seamless manner in which live production can be accomplished using IP,” says Geir Bryn-Jensen, CEO, Nevion. “This successful project is just another step in the journey toward adopting IP and open standards across the entire broadcast workflow, and the team at Nevion is delighted to be a part of it.”

For more information on the LiveIP Project, visit: http://sandbox.vrt.be/news/2016/1/20/liveip-remote-production-bozar-brussels-january-15th-2016