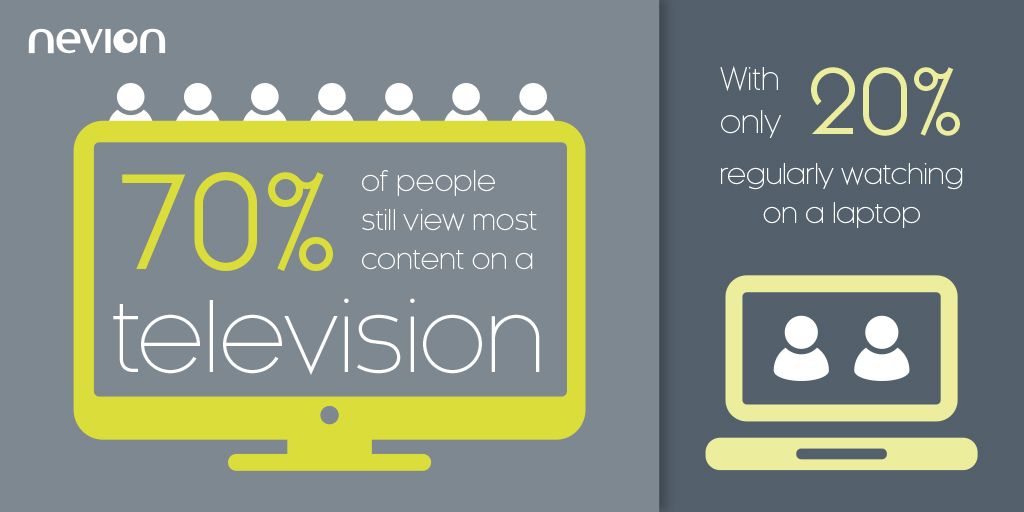 Despite technology making it possible to view content from any device, 70% of viewers still tune in via their television set

In a recent global survey of consumers of OTT and live services, conducted on behalf of Nevion, almost three-quarters (70%) of respondent said they still watched the majority of programs on a television, while only one-fifth (20%) regularly view content on their laptop.

The survey from Nevion also found that 65% of viewers favor paid for services and Pay-TV platforms. When looking at viewing habits, Nevion discovered that the most popular time for viewing media is in the evening (71%), with only 8% saying they watch TV in the morning and just 3% saying they do so on their commute. 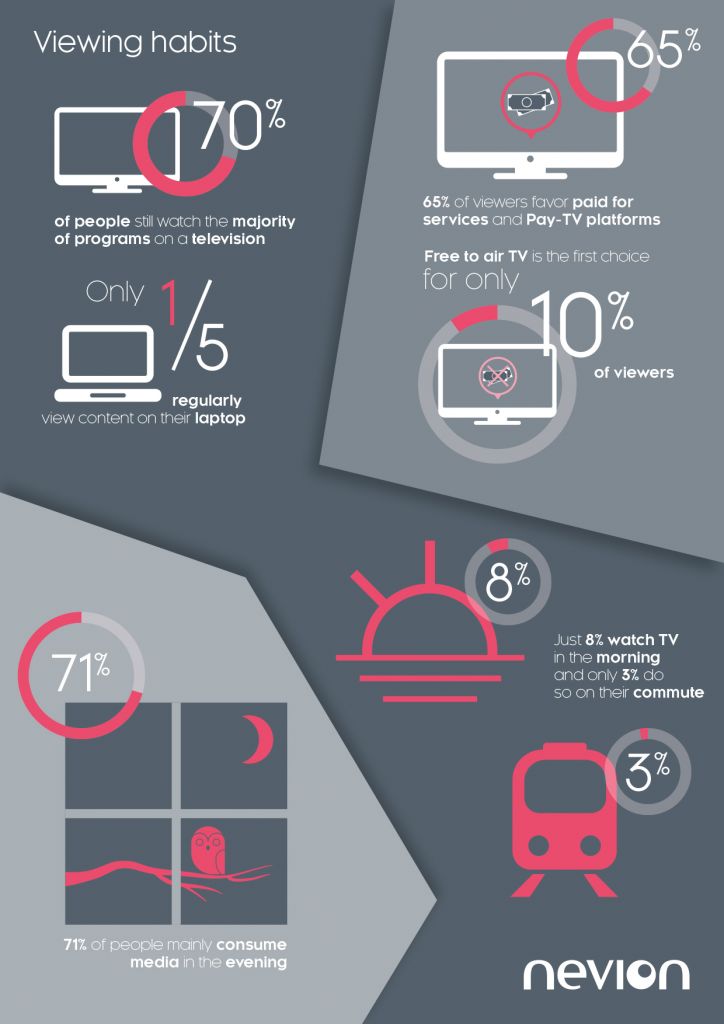 More than half of viewers (57%) are being driven to watch content live due to social media and word of mouth making it increasingly difficult to avoid spoilers.

“Despite the rise of on-demand services, live content is still favored by the majority of people with 73% of our sample deeming live coverage important. With so many still using their televisions to view this content and with avoiding spoilers being a major concern, it is clear that TV viewing is still often seen as an event. People want to sit down and watch it on a big screen and dedicate real time to it, rather than watching on their phone while they’re on the go,” said Olivier Suard, Vice President of Marketing, Nevion.

When looking at the most popular live TV events, sports came out top, followed by the news, reality shows and domestic or global events, such as royal weddings and presidential inaugurations. 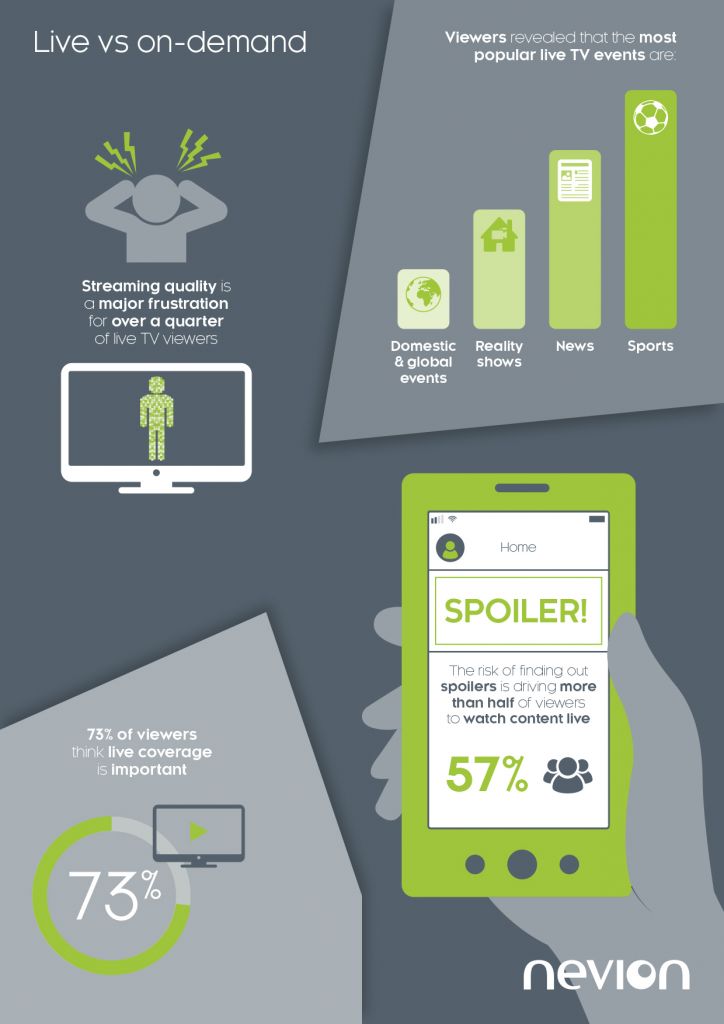 “We can see that the majority of individuals are willing to pay for good content with free to air TV the first choice for only 10% of viewers,” added Suard. “All this emphasizes the importance of producing ever more compelling live content, but more cost effectively. It proves higher-definition production isn’t being wasted on small screens as most people watch content on a TV, where it is best displayed – regardless of whether the connection is cable, digital TV or OTT. As broadcasters and content providers look to meet the demands of a growth in content, we are seeing increasing adoption of IP in production and Nevion is pleased to have been at the forefront of helping broadcasters make that move.”

SURVEY: Head in the clouds or gaining coverage?

For broadcasters, the Cloud could offer significant benefits, enabling fixed, capital-intensive cost to be replaced with operational costs aligned with usage, and increasing flexibility within their infrastructure.