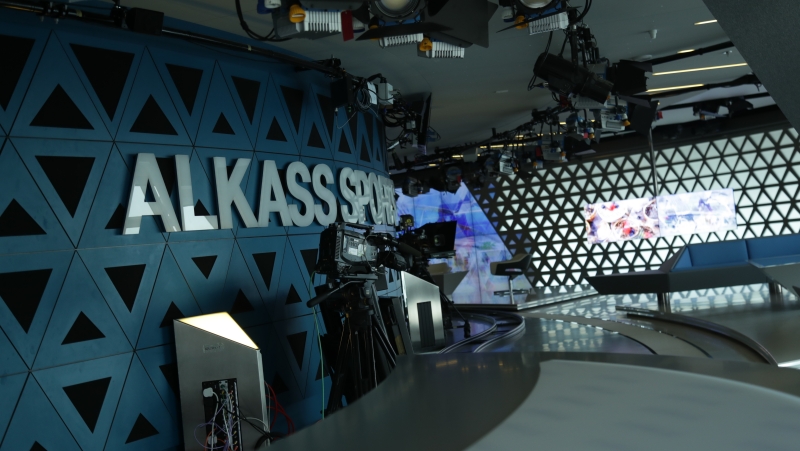 New infrastructure allows broadcaster to connect to facilities across Qatar

Previously, the channels had been exchanging media between Qatar Television (QTV), Al Bidda Tower in Corniche and BeIn Sports using microwave links. To support enhancements to the quality and cost-effectiveness of transmission, Al Kass Sports Channels required a state-of-the-art, scalable and flexible switching infrastructure that would support its eventual migration to higher resolutions and an all-IP environment.

Initially, the new solution would provide reliable ultra-low latency IP transport for uncompressed and compressed HD-SDI, DVB-ASI, intercom and data between the sites over a ring network topology. However, it also needed to be ready to handle 4K/UHD, HDR and SMPTE ST 2110 to support Al Kass’s plans. Of course, the solution needed to offer the highest security and content integrity, and provide a dedicated point-to-point connection with no single point of failure.

The Virtuosos are used for the in real-time IP adaption and transport protection for video, audio and data, and also to provide encoding and decoding capabilities for both HD and 4K/UHD video feeds.

VideoIPath manages and orchestrates the complete network. It provides deterministic routing of all media and data streams in the IP media ring network and keeps track of bandwidth allocation on each link within the network to avoid any over-provisioning and thus delivers predictable performance.

This solution encompasses a very high level of redundancy, both single and multi-point failure protections, through automatic failovers in the east and west direction of the ring network.

Samer Younes, Consultant Engineer, Al Kass Sports Channels, commented: “Nevion has played a significant role in our move from SDI to IP. The new IP-based network is allowing us to get more from other facilities, improving the quality of our transmissions and enabling us to create a more economical, futureproof proposition, including a much greater scope for remote production.”

Hans Hasselbach, Chief Commercial Officer, Nevion, added: “The Al Kass network is one of the major names in Qatar’s broadcast industry and we’re pleased to have delivered a flexible solution that offers the ability for future distributed capability. Our VideoIPath and Virtuoso solutions will enable the broadcaster to better share resources across four locations to continue providing high-quality sports broadcasting 24 hours a day, seven days a week.”

Al Kass Sports Channels is licensed in Qatar, which broadcasts 24 hours a day 7 days a week. It provides a broadcast service in the form of information and sports entertainment programming designed to meet the public interest of Qatar. Al Kass is responsible to the government of Qatar for the day-to-day operation of the broadcast facility for compliance with all laws, rules and regulations pursuant to the operation of the station.