Nevion’s chief technologist considers 5 trends the broadcast industry should look out for in 2020 and beyond. 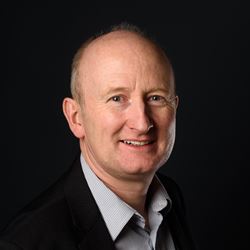 The broadcast sector is likely to experience significant technological changes over the next year as IP adoption gains momentum and COTS hardware begins to be used for more applications. We’ll also see new developments such as 5G, start to take hold.

This year, we’ll see IP production become more mainstream, moving from the early adopter phase to the early majority phase. Until now, the main driver for the move to IP has been broadcasters needing new facilities and recognizing that it made no sense to use SDI for these. Circumstances effectively made them early adopters of IP technology.

Last year was a breakthrough year for IP in the facilities, with a substantial number of projects being initiated and completed. It was the first year that the full “tool-kit” (i.e. technology working together) became available. Earlier projects have had to rely on “fixes” to solve some of incompatibilities or the lack of conformity to standards of some equipment (e.g. using SMPTE ST 2022-6 instead of SMPTE ST 2110 for video transport).

There have also been a number of ground-breaking projects that have transformed production workflows. One such example is our project with Germany’s PLAZAMEDIA, which relies on Nevion Virtuoso and VideoIPath to create virtualized control rooms that can be configured on-demand for any type of production. This transformation of workflows makes a compelling business case for a move to IP even in existing facilities. Consequently, over the next year, there will be a significant increase in the number of organizations moving to IP primarily to transform the economics of their live production rather than just avoiding building in obsolescence.

The start of significant facility federation

In 2020, we can expect to see many more projects that don’t just consider a single facility in isolation but are looking to leverage the benefits of distributed or federated facility production.

With the coming of age of technology and the ubiquity of IP across both LANs and WANs, the opportunity now exists to consider multiple facilities and locations as unified and federated production capabilities. This delivers real tangible economic benefits in terms of increased productivity and cost savings, by enabling broadcasters to share resources (both technical and human) between locations and reduce travel, for example.

COTS is already well established in the playout world where bit rates are much lower and latency is less critical, however, this will be the year that COTS hardware begins to seriously make inroads in the delivery of real-time functionality, paving the way for an eventual move to public or private cloud delivery.

This trend is driven by higher speed interfaces becoming more affordable; cloud providers working on their offering (e.g. providing transport integrity between processes); and the work of the Video Services Forum (VSF) looking to define the levels above the traditional media transport layers.

Meanwhile, the VSF is also starting work on standardize the hand-off between virtual functions in the broadcast chain, paving the way for functionality being delivered by processes (e.g. in the cloud) rather than equipment.

We were thrilled to be part of one of the world’s first official uses of JPEG XS last year.

With its high image quality, even in multigenerational (concatenated) compression cycles, its decent compression ratio and its ultra-low latency, JPEG XS is very suited for both WAN and LAN applications. In the LAN environment, it is the only realistic option for compression and therefore will become the de-facto standard for inter-facility connectivity. For WAN, JPEG XS will become the obvious option for distributed or federated production (for continuity and consistence with LANs), as well as being a good choice for contribution (over WAN) or remote production, as an alternative to JPEG 2000.

A major trend for the year ahead will be the expansion of 5G networks which will provide significantly more overall bandwidth for mobile media delivery using enhanced mobile broadband (eMBB). This will be followed by more investigations into the use of 5G for broadcast.

At Nevion, we’re currently leading an EU-funded consortium, called VIRTUOSA, which is exploring how 5G can be combined with virtualization concepts to enable broadcasters to produce live content (such as sports or music coverage) more efficiently and cost-effectively across locations, to meet growing consumer demand.

In 2020, broadcasters will start looking in earnest into the potential of 5G in the broadcast value chain. Further ahead, 5G could eventually be used for broadcast distribution (as an alternative to DTT or satellite for example), but for this, it would require point-to-multipoint (multicast) capabilities that are still absent from current deployments (it’s still point-to-point). When that happens, that could subsume any vestiges of point-to-multipoint delivery.

All in all, with so much technological innovation and new initiatives on the cards, and as we begin to scratch the surface of 5G, I expect this year to be an exciting one within the world of broadcast.

Five Broadcast Trends to Watch in 2020