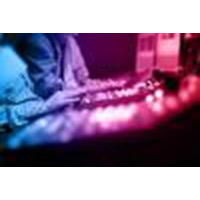 Nevion, a leader in transporting media from the camera to the home, today announced that ProSiebenSat.1 Produktion, a complete subsidiary company of the ProSiebenSat.1 Group, one of the largest independent media corporations in Europe, has selected Flashlink transport technology to connect its sites in Unterföhring, on the outskirts of Munich, Germany.

“Flashlink was the winning solution for this project due to its cost efficiency, density and its compact size,” said Thomas Grünwald, solution architect, Playout Systems at ProSiebenSat.1 Produktion. “The small footprint of the Flashlink Compact fiber interfaces is significant because of limited rack space at one location.”

“Working with our partner, Logic Media Solutions, we’ve been able to deliver a Flashlink solution that gives ProSiebenSat.1 Produktion critical high fiber utilization, transport capabilities and scalability,” said Thomas Heinzer, head of strategic projects at Nevion. “Once again, Flashlink’s proven technology has been recognized by a leading broadcaster, making it the preferred method of transporting professional-quality media across a fiber infrastructure in real time.”

Nevion was recently awarded a Technical and Engineering Emmy® award for its role in the standardization and productization of JPEG 2000 (J2K) interoperability. The company will showcase its latest network and broadcast infrastructure solutions on stand SU2615 at NAB 2015 in Las Vegas.