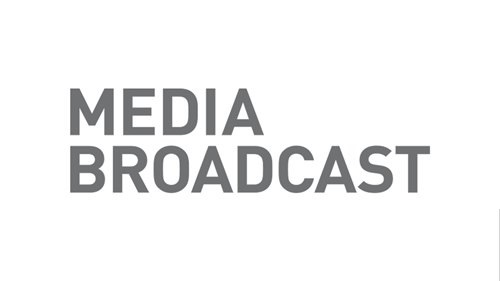 MEDIA BROADCAST was commissioned by German public broadcasters Hessischer Rundfunk (hr), Mitteldeutscher Rundfunk (mdr), Norddeutscher Rundfunk (NDR), Radio Bremen (rb), Südwestrundfunk (SWR) and Westdeutscher Rundfunk (WDR) to build and run this new distribution network. One of the major drivers for this new network was the need to handle the increased bandwidth and availability requirements that resulted from the conversion of signals to DVB-T2 HD.

MEDIA BROADCAST turned to Nevion and its partner, LOGIC media solutions, to provide the equipment to transport the signals reliably over IP to over 200 DVB-T2 HD transmitters.

The Nevion products delivered for this project include:

The project went live at the end of 2016, less than a year after Nevion received the order from MEDIA BROADCAST. After an initial parallel run with the old network, a full switch-over took place overnight on 1 January 2017.

“With the help of LOGIC media solutions’ expertise and Nevion’s solutions, we have been able to implement a high performance, scalable and highly available broadcast infrastructure that covers all the digital services of the commissioning group, and is also able to accommodate future broadcasting requirements for years to come,” says Frank Schulz, CTO, MEDIA BROADCAST.

This new distribution network allows studios and broadcasters to benefit from up to 100 times more bandwidth capacity than the previous network allowed. The network and adaptation technology were also designed with redundancy in mind, ensuring a guaranteed network availability rate of 99.9%.

Jens Gnad, CEO, LOGIC media solutions, says: “When looking at MEDIA BROADCAST’s previous distribution network and their requirements for the new solution, it made total sense to use Nevion’s range of products to deliver the best possible performance. Thanks to a great collaboration between MEDIA BROADCAST, Nevion and LOGIC media solutions, this challenging, large-scale project was delivered on time, and the switch-over and subsequent operation has gone smoothly.”

Nevion will be exhibiting at IBC at booth 1.B71 and MEDIA BROADCAST will also be attending Nevion’s “Connect better + Share Better = Broadcast Better” pre-IBC event. For more information about the event, please click here.

MEDIA BROADCAST is a member of the freenet Group and Germany’s largest service provider for the broadcast and media industry. The company’s core business includes the planning, set-up and operation of multi-media transmission platforms for television and radio on a national and global basis using modern transmitter, fibre and satellite networks. The focus is on terrestrial transmitter networks, and with more than 2,000 transmitters for FM, DAB+ and DVB-T, the company is the market leader in Germany. Since May 2016, MEDIA BROADCAST is operator of the nationwide DVB-T2 HD platform “freenet TV”. MEDIA BROADCAST serves around 750 national and international customers, including public and commercial broadcasters, TV and radio production companies, cable network operators, media authorities, as well as private enterprises and public institutions. The company has its headquarters in Cologne and operates several offices throughout Germany. For more information, please visit our website or follow us on Twitter.

LOGIC is a German-based system architect and distributor of professional broadcast and telecommunication equipment. On the market for almost 20 years and very well connected into the German media companies is LOGIC one of the leading value-added-reseller not only in regards to IP based productions. Solutions based on traditional SDI technology as well as services within the cloud can be covered with the portfolio and team LOGIC provides to their customers.